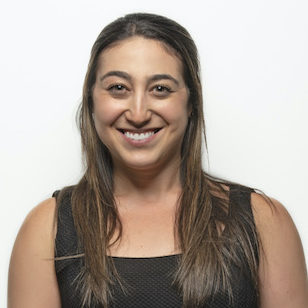 Holly is the Director of Communications and Community at Engage. She joins Engage after spending three years as Editor-in-Chief at Hypepotamus, the leading startup and technology publication in the Southeast. As editorial lead at Hypepotamus, Holly led content direction and strategy for a team covering a seven-state region.

Prior to Hypepotamus, Holly worked at digital health company Sharecare as part of a small team overseeing media relations, product launch PR strategy, and executive and internal communication during a fast-growth phase that saw five acquisitions and three funding rounds for the company. She also worked in communications at the Renaissance Computing Institute in Durham, North Carolina, and as a Fellow in the White House Council on Environmental Quality.

Holly is passionate about building a more equitable Atlanta and is active in organizations like the Center for Civic Innovation and the Metro Atlanta Chamber’s ATLeaders council. She was a finalist for the Technology Association of Georgia’s #OneInAMillennial award and a CCI Innovation Impact Award finalist.

Holly earned her degree from the University of North Carolina at Chapel Hill.