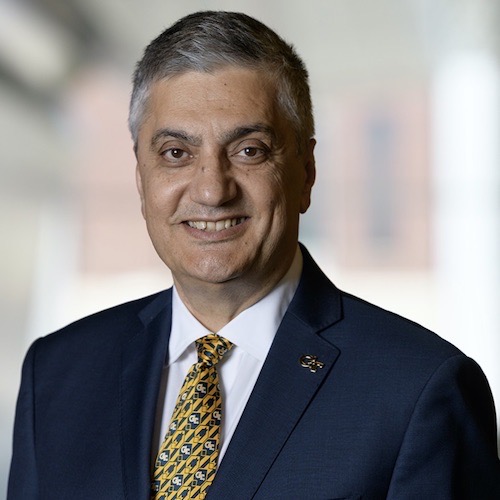 As Chief Research Officer, Chaouki Abdallah provides overall leadership for the Institute’s $1 billion portfolio of research, economic development and sponsored activities, including the Georgia Tech Research Institute (GTRI), eleven interdisciplinary research institutes (IRIs), and related research administrative support units. He also serves on the executive committee of the Council on Research for the Association of Public & Land-Grant Universities (APLU), the executive committee for the Government-University-Industry Research Roundtable (GUIRR), and the advisory committee for the Center on Measuring University Performance (MUP).

Since Abdallah assumed the role of Executive Vice President of Research, the Institute took occupancy of Coda, a first-of-its-kind, mixed-use facility in the heart of Tech Square, designed to create opportunities in interdisciplinary research, commercialization, and sustainability. Under his leadership, Georgia Tech also recently launched the “Commission on Research Next,” a process that will map a comprehensive future for research at Tech.

Abdallah came to Georgia Tech from the University of New Mexico, where he served as the university’s twenty-second President, Provost, and Executive Vice President for academic affairs, as well as department chair of the Electrical and Computer Engineering (ECE) Department. During his tenure, Abdallah oversaw long-range academic planning and efforts to improve student success, as well as retention-achievement and graduation achievement rates. Abdallah’s research has been funded by the National Science Foundation, the Air Force Office of Scientific Research, the U.S. Naval Research Laboratory, national laboratories, and various companies.

Abdallah began his college career at the Faculté d’ingénierie of the Université Saint-Joseph in Lebanon, then obtained a Bachelor of Engineering (B.E.) degree from Youngstown State University in 1981, and a M.S. and Ph.D. in electrical engineering from Georgia Tech in 1982 and 1988, respectively.